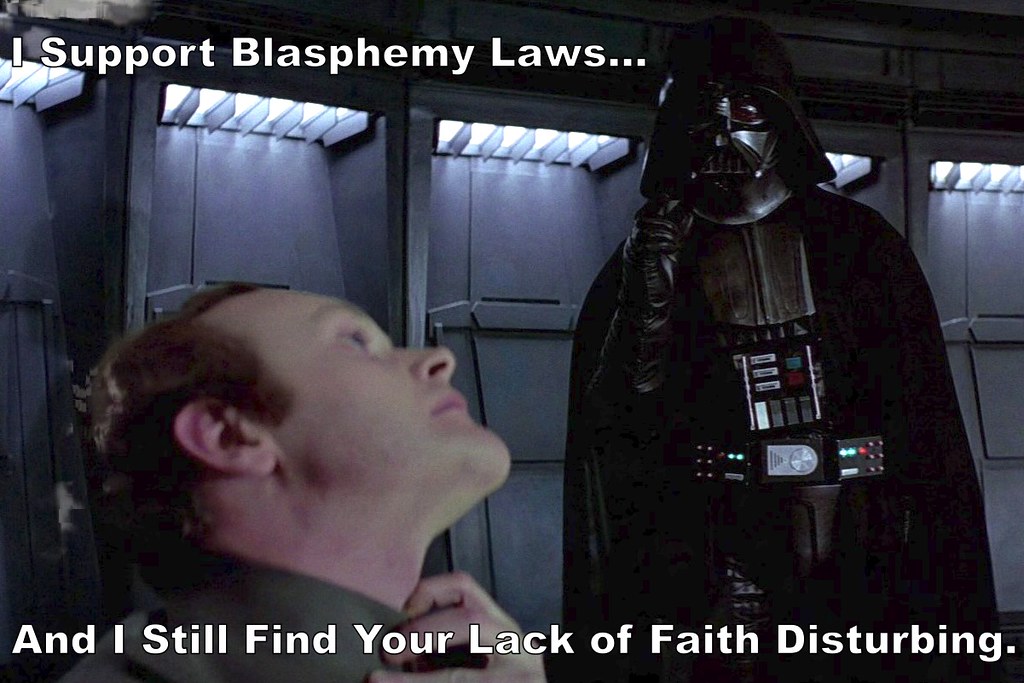 By now most of us have heard about the trailer for the 'B' film Silence of the Muslims. And we've heard the various claims and counter-claims that the film sparked outrage and violent protests that lead to the death of an American ambassador.

In addition to the already sad events surrounding the release of the trailer there have been growing calls for international curbs on speech that offend others, notably the religious sensibilities of others.

Hint: It's Not About Religion

The calls typically[1] come from leaders in Islamic countries but don't be confused. Many of these leaders aren't particularly religious. But they are precariously situated.

And as we all know the guys (yeah, they're mostly guys) out their whipping up the trouble may be "religious" in so much as they wear the robes, pray the prayers and exhort the faithful. But many of them have aspirations for power of their own.

It's religious in the sense that the controversy is mostly cast in religious terms with claims of blasphemy and obeying the will of Allah. But the real goal is power: whether that of acquiring or maintaining. "Protecting religious sensibilities" is a ruse.

Maybe It Is A Bit

Undoubtedly there are people who can be whipped into a frenzy of anger, destruction and even murder. And sadly many commit such acts in the name of their religion. Thankfully a great many more do not.

As a Christian I'm faced from time-to-time with offensive statements about my beliefs. Some of the critiques are well-thought out, others not so much. Some think I'm deluded. Others misunderstand my beliefs.

But I'd take their (mostly) sincere criticism or misinformed hyperbole any day of the week over the good intentions of the government censor. Especially when being done "for my good". I hold with Thoreau:

There is no odor so bad as that which arises from goodness tainted. It is human, it is divine, carrion. If I knew for a certainty that a man was coming to my house with the conscious design of doing me good, I should run for my life, as from that dry and parching wind of the African deserts called the simoom, which fills the mouth and nose and ears and eyes with dust till you are suffocated, for fear that I should get some of his good done to me — some of its virus mingled with my blood.[2]

Let me state this as clearly as possible: I do not need nor do I want any government or quasi-governmental agency to "protect" my religious sensibilities.

No — in this case I would rather suffer evil the natural way. – Thoreau